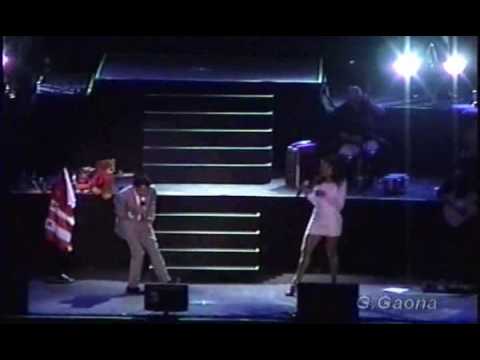 The death of George Smith aboard a cruise ship on July 5th, 2005, is it another cruise ship suicide or foul play?

[US Promotion] I would like to celebrate Thanksgiving by gifting you all books!

UPDATE: More books added by siffis and West1234567890 further down
If are late coming across this post then do not worry you can still message me your email for a book.
To celebrate my day off today and Thanksgiving tomorrow I would like to gift my audiobooks.
In order to recieve a free audiobook gift just message me any title (below) along with your email address. If you have not recieved a gift before then you will get the audiobook for free. More details here and here. I am in the US market (but I hear from Canada and UK that it still works).
Books crossed out are not available.
TITLE - AUTHOR (Ordered by author)
​
siffis has generously offered to include his collection. If you like any of the books below then message directly.
​
West1234567890 [Also added additional books below](https://www.reddit.com/audible/comments/k0s76n/us_promotion_i_would_like_to_celebrate/gdlwylu?utm_source=share&utm_medium=web2x&context=3).

Title says it. I have 3 ScreenPasses to give away with about 350 eligible titles, give or take a few. First come, first serve basis. Below is a list of the movies available so you can look to see what's available before you decide you wanna grab a pass. One or two might be repeated once or twice. Forgive the confusion.
ALL GONE.

Have you ever wondered what “Strickland World” would look like?

Let me explain:
Remember in Back to the Future 2 when Marty buys the sports almanac and Doc throws it into the trash receptacle and 78 year old Biff with a cane steals it?
As you may recall, while Marty was pretending to be Marty Jr and stand up to the local bully Griff (Biff’s grandson, I might add), Biff caught sight of both of them. While spying on Doc and Marty, he actually discovered that Doc invented a time machine and stole it. Since it was 2015, the sports almanac Marty bought was merely a history book of sports events from 1950 to 2000, but anyone alive during those years with any prior knowledge of the future could use it to gain great wealth as we see when Marty, Doc, Jennifer, and Einstein returned to an altered 1985 which I like to refer to as “Biff World.”
In Biff World, Biff is the richest man in the city of Hill Valley. Marty’s father was murdered. Biff is married to his mother. Marty is in a boarding school. Doc is committed to a mental institution and the courthouse is a casino hotel. In addition biker gangs, prostitutes, and gang bangers roam the streets of Hill Valley at night. It’s basically a nightmare!
Anyway, the reason this happened was because the 78 year old Biff from 2015 traveled back to 1955 in the stolen time machine and gave his teenage self the almanac he took from the trash receptacle. The young Biff, in turn, used it to become rich and powerful, so then by 1985, he was a wealthy, womanizing, abusive 48 year old bloodless millionaire.
Anyway, you get the idea!
The purpose of my post is based on a scene that happened in 1955 in the last 3rd of Back to the Future 2. After Marty and Doc figure out that they must return to the 1950s to steal the almanac from young Biff, Marty follows Biff around in a black leather jacket and essentially spies on him.
In one scene at the high school dance, Biff (who of course is drunk), is approached by the crotchety grouchy principal Mr. Strickland who calls everyone “Slackers.” Strickland is like your angry disciplinarian who is set in his ways and not only shows great annoyance and frustration towards the troublemakers in his school, but even lashes out at someone who might show just a mild form of “nonconformity.”
In this scene, Strickland reaches behind Biff’s back and grabs the almanac. Marty witnesses this and trails Strickland to his office. He hides under Strickland’s desk while Strickland looks out at the school parking lot and even enjoys a “cocktail” of his own. Marty’s hand is even smashed by Strickland’s chair and Marty must refrain from shouting in pain as to not get caught.
Afterward, Strickland throws the almanac in a waste paper basket and exits his office. Marty is relieved until he opens the almanac and discovers it was just the dust cover concealing a nudie magazine Biff cleverly hid inside it.
Now....picture this scenario. Suppose Biff was not that clever and Strickland had stolen the ACTUAL almanac! Somehow Strickland actually sees the dates on it and figures out for himself that the book tells the future. He even tests it by flipping the radio on in his office and hears the statistics of the recent football game completely matching what the book says. I’m willing to bet with his pathetic high school principal salary that he would turn his back on that opportunity. Lastly in the scenario, Marty is UNSUCCESSFUL at getting the book from Strickland!
Though I already gave a description of the crochety old principal, all of you Back to the Future fans knows what he’s like. With that in mind, what do you think Strickland World would look like if Marty and Doc returned to 1985 under the conditions I just mentioned?
He’s definitely not evil like Biff but has a certain degree of contempt for mankind himself based on his many years of dealing with angry teenagers that I picture a world not far off from the horrible Biff World.
Any thoughts? What do you think it would be like? I have always wondered.

I Smoked PCP With A Demon